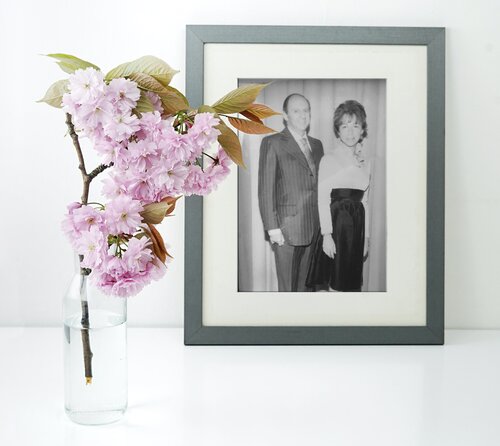 A native of the Bronx, Bluma Cohen grew up in a middle-class family during the depression. After a brief time in college, Bluma went to work as a secretary for Morris “Mickey” Cohen, a gregarious accountant who was also from the Bronx. They ended up falling in love.

“He was the love of her life,” remembers Jane Berger, one of Bluma’s closest friends.

“They belonged with each other,” adds Krystyna Jurzykowski, a family friend. “They were a couple who were really in love.”

When Mickey passed away suddenly of a heart attack in 1984, Bluma was devastated. Through her grief, she continued their work, both professionally and philanthropically. Functioning with all the skills of an accountant, learned through her close work with Mickey at their accounting practice, Bluma was meticulous and had an eagle eye for numbers, says Krystyna. She double-checked credit card statements by hand and took pride in knowing obscure tax laws to help her clients. Jane recalls receiving a call from 85-year-old Bluma at 9:00 one night: She was in her office and had found an error on a tax return. Bluma often commented that whatever work she did, she would work to be the best at it. That attitude led her to value others who worked hard as well.

As a member of her building’s co-op board, Bluma reviewed the applications and financial packages of prospective buyers for the co-op, paying special attention to the applicants’ charitable giving activities. She reasoned that if potential residents could afford to live in the building but didn’t give to charity, they wouldn’t be kind to building staff, and this was paramount to her. Jane recalls that she was “very caring of the building staff and very generous.” Bluma felt deeply that as a co-op board member, she had a responsibility to ensure that other residents treated building employees with respect.

In addition to her involvement with the co-op, after Mickey’s death Bluma continued to run the foundation they established, which funded arts organizations like a theater club and a children’s orchestra, in addition to serving as a trustee for another family foundation.

Bluma’s exposure to children who are deaf or hard of hearing began while watching her friend Jane’s son, Jonathan Berger, grow up in their building. Jon (husband of Meredith Berger, MSEd SBL/SDL, director of Clarke New York) is deaf and as a child wore a bulky cross-body hearing aid. Jane recalls that Bluma observed people asking Jon questions about his large hearing aid device. Bluma watched his progress, and she adored him. She spoke to him with respect, interacting with him like an adult. Jane, who is also on the Clarke New York Leadership Council, notes that Bluma didn’t have children, and that young people were drawn to her because she treated them as equals.

“I had two young children when I met Bluma,” says Joe Bullock, Bluma’s longtime friend and colleague, “and she always took a keen interest in their lives as young people and in us, their parents. I suppose now, I understand the true love and fondness she had in her heart for children.”

Later in life, Bluma began to learn of Clarke’s work with children who are deaf or hard of hearing and their families, when Meredith became director of Clarke New York in 2008. Bluma supported Clarke through attendance at events and annual gifts, and then in 2012, Clarke’s work took on a more personal meaning. Meredith and Jon’s second child, who is from China and is hard of hearing, began receiving services through Clarke’s Birth to Age Three Program. Bluma witnessed first-hand the progress a child can make at Clarke, watching with awe as Meredith and Jon’s daughter quickly went from having no language to mainstream kindergarten—in just two years. After spending time together for a family celebration in October of 2015, Bluma continued to think about the transformative services Clarke provides to children and families.

Soon after, Bluma called Meredith directly to share that she planned to leave a bequest to Clarke New York that would provide for the long-term sustainability of the program, sharing that she wanted the fruits of the lifetime of her work with Mickey to have meaning and impact.

Bluma’s bequest allows Clarke to support more children who are deaf or hard of hearing with the listening and spoken language skills they’ll need to thrive. With access to Clarke’s programs and services, children who are deaf or hard of hearing have the opportunity to achieve academic milestones, enjoy fulfilling social connections and embark on rewarding careers alongside their peers with typical hearing. In making this gift, Bluma leaves a legacy of hope for the children and families who rely on Clarke New York.

“She taught people by how she lived, even in how she left her estate,” adds Jane. “The best we can do is be receptive to these lessons.”

Your planned gift to Clarke is a powerful way to support children who are deaf or hard of hearing and to help secure our financial future. You can also support Clarke by making gifts of mutual fund shares, stock or securities. For more information on these meaningful gifts, please contact develop@clarkeschools.org. 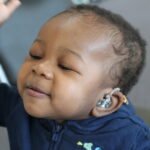 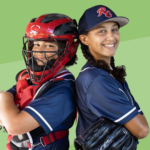 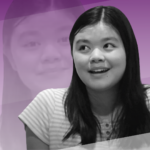